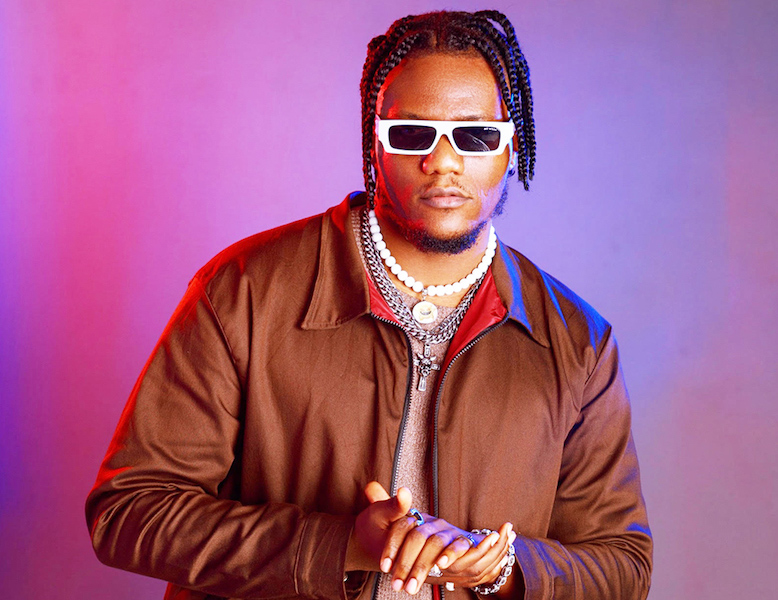 Afrobeats star talks about his viral hit and a new record deal.

Last year, Afrobeats exploded in the mainstream after Wizkid’s breakthrough single “Essence” and Ckay’s “Love Nwantiti.” In 2022, a number of emerging Afrobeats artists find themselves in a similar position: Fireboy DML’s booming track “Peru” with Ed Sheeran is thriving on the Hot 100, while Omah Lay’s Justin Bieber-assisted “Attention” is gaining traction. Now, producer-turned-artist Pheelz is looking to enter the fray after signing a deal with Warner Records.

With more than 14 million streams on Spotify, his single “Finesse” features BNXN and oozes with saucy one-liners (“If I broke, na my business”) and breezy melodies. In what started as a “training session” on Ableton Live – a beat-making program – became a life-changing moment for Pheelz, who watched the record explode after casually posting a clip on TikTok from his studio. Warner Records zipped across the world to meet him because of his DIY mentality.

“It all started with Steve Carless making an immediate beeline from Paris to London meet with Pheelz, which showed his commitment,” says Marc Byers, Pheelz’s manager. “[Warner’s] Aaron Bay-Schuck, Karen Kwak, and Erika Coulter gave us their daily accessibility ’til closure. They operated as a team.”

“What was so compelling about Pheelz when we first met was his passion and affection for music and the Web3 space. He’s creating his own NFTs and graphic art, which aided in the launch and popularity of ‘Finesse,’ says Steve Carless, president of A&R Black Music and Associated Labels at Warner Records. “He has an incredible connection to the cultural creative network around the world as an established figure for so many years. Our focus is really about staying true to the diaspora and lifting this song from the ground as our season progresses.”

“Finesse” sits at No. 5 this week on Billboard’s U.S. Afrobeats Songs chart, but like Wizkid and Fireboy, Pheelz is eying a pop superstar to take his single to the next level. “I know she’s a rapper, but I think Cardi B can do something amazing on “Finesse,” he tells Billboard. “I think Ye as well — definitely Ye. If I get Ye on ‘Finesse,’ I’m going to lose my mind. Cardi, Ye — and the third one would be between Rihanna and Drake.”

During an interview with Billboard, the newly-signed artist talked about joining Warner Records, what he hopes to contribute to mainstream Afrobeats, and more.

You have a pretty strong resume, as you previously worked with Tiwa Savage, Fireboy DML and more. Talk about your transition from being a top producer in Afrobeats and deciding to crossover to the artist side?

I don’t think it’s a transition for me. I think it’s always been who I been. I’ve always been an artist. Even when I make beats, I’m always an artist on my beats. You hear me in BVs, you hear me co-writing with a couple of these artists that I’ve worked, so I’ve always been this person. “Finesse” just brought more light into this part of my creativity and introduced me to the world. So this isn’t really a transition — I’m still the same Pheelz. This is all Pheelz.

Are you more critical of yourself as an artist when you’re songwriting and producing your own material versus doing it for someone else?

Not anymore. [Laughs.] I’ll be honest, it’s something that I had to learn to let go of — ‘coz I used to be very critical of my sound, especially when it’s my song. I’d spend weeks and months tweaking this and tweaking that, just overthinking everything, but recently I’ve learned [about] going with what I feel. If it feels good, it feels good. If it is good, it is good. That’s how I’m moving right now. I’m not as critical as I used to be anymore. Right now I’m just making art.

How did “Finesse” first come together?

It kind of came about as a training session ‘cuz there’s a new producer that I just signed and have been mentoring for a bit. His name is Michael. We were in the studio and I was trying to put him on Ableton Live, ‘coz I use Ableton Live to produce songs. He started messing with the guitar loop for “Finesse,” and I thought, “Oh. That sounds good.” I left him in the studio and he kept making the beat. Then, I came back and he already had the beat done. I was like, “This is dope.” So I sat down with him and started playing with some melodies in my head and the melody [starts humming] just came to my head, and I dropped that as the melody. Then, I started putting in lyrics and yeah, that’s how it started.

On the producer side, in Lagos, you have a ton of accolades, especially your Headies producer of the year crown. Are you challenging yourself to outdo your previous accomplishments now as an artist and being on the stateside?

Can you take me back to the day you signed with Warner?

[Laughs.] That was… that was unbelievable, to be honest. I took like 20 minutes just to take it all in, and understand what this moment is. I made a timestamp and picture in my mind of how I gotten to that moment. I had my manager [there]. It was unbelievable, man. Having my music get that kind of attention and open that kind of door for me is a blessing. I still have whiplash. I haven’t been able to process everything to be honest. It’s just been back-to-back work and back-to-back shows and all that. I just feel very grateful and very blessed to be honest.

For someone who has been doing music for as long as you have, talk about your adjustment to how records blow up now, as “Finesse” became a huge hit for you on TikTok and social media.

I’ve always been a believer of being myself unapologetically. I think that’s how I’ve always moved. I think I’m in that sweet spot of old way of doing things and new way of doing things ‘cuz I’ve been making music for a minute as well and I’ve seen how over here music is being marketed. But right now, it’s just beautiful, because there’s more power in the creative and in the hands of the actual artists. When I made the “Finesse” video, I made it right here in my studio with just my iPhone and I posted it on TikTok. That’s the kind of power we have as creatives now and it’s amazing, it’s beautiful. It has its challenges, but I think altogether it’s a really beautiful reality to experience.

With Afrobeats exploding the way it has over the last year, what are you hoping to contribute on a mainstream level?

What I’m hoping to contribute is understanding. I think that’s what “Finesse” is. I think I’m here to show people what the sweet spot is between Afrobeats and pop music, make people understand and create an interpretation of Afrobeats but fuel that through the sonics and the sweetness of pop music. I’m just hoping to interpret the culture in a more futuristic way and in a way that’s sonic pleasing to the whole world. That’s what I’m hoping to achieve.