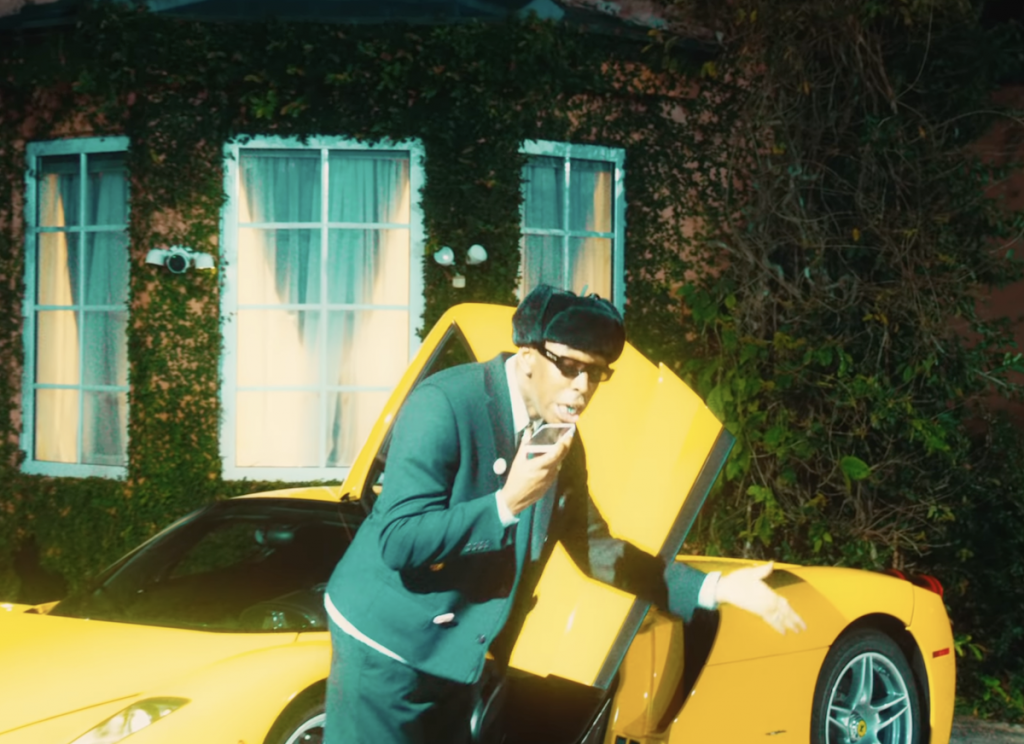 Have you ever felt that way when someone keeps you waiting and you’re about to lose your mind? Tyler, the Creator spends nearly 2 minutes in the video for his upcoming collaboration with A Bathing Ape designer Nigo, “Come On Let’s Go.” pacing and fuming.

Tyler directed the clip himself under his real name (Tyler Okonma), and the narrative is pretty much summarized by the title: Tyler staring at his phone in front of his banana-yellow whip while rapping about how frustrating it is to be held up outside a nice suburban home at night.

A shorts and jacket combo, complete with a fur hat, is worn by the rapper who says, “I told your ass be ready, yeah. You always get excuses, you know I’m top-of-the-line. Punctual, my correct name, is not your aim. We might be in love, but we’re not the same.” He adds, “You said you needed five, but it was more than twelve ago.”

In the video, Pharrell Williams appears as a brief cameo, wearing diamond-studded shades, a baseball cap, and gold grills as he points out his watch and raps, “watch go tick, tick, tick, tick, tick.” Spoiler alert: as Tyler ascends the ladder, we see his date – dressed in a shimmering green gown – stare impassively out the window.

Check out the video “Come On Let’s Go” below.