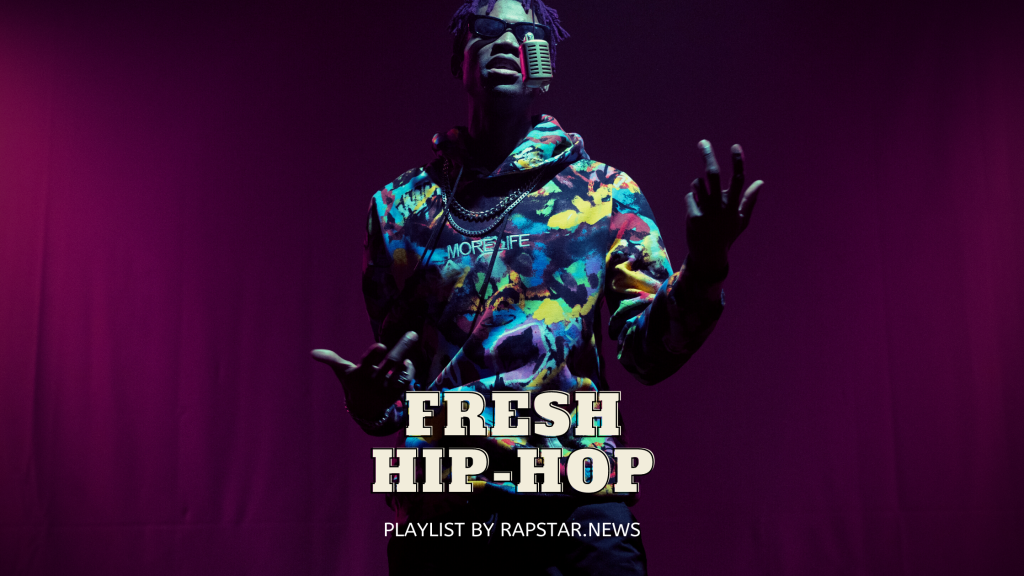 The hip-hop industry is a tight place to break into, but with the right songs, you could be the next big thing.

Some music production companies built a name for themselves in alternative hip hop by releasing the tenth album which led to their initial success.

Ok, so you’ve heard about the rise and fall of rap, but a lot of it is from the perspectives of those who don’t enjoy hip-hop music. Instead of talking about what’s wrong with it, I want to talk about what is right with hip hop thanks to some independent artists from around the world.

Spotify is a great platform for discovering new and independent hip hop music. If you’re like me and prefer to listen to songs in their entirety rather than just listening to snippets on YouTube, then you can dive right into Spotify with an open mind to the new fresh artists coming up there.

You can listen to and follow our full Spotify playlist now, and also listen to each artist individually by scrolling down the page.

If you’re looking for a new hip-hop song to add to your Spotify playlist, we’ve got just the thing. The artist is called DANI TWICE and his single is called Stupid Bet. He’s based in Tampa, Florida, and he’s ready to take over the rap game with his super catchy emo-rap sound.

His rhymes are super catchy and his beats are banging—you’ll be singing along in no time!

Check out DANI TWICE on Spotify and follow him there for updates on all of his latest releases.

If you like what you hear, make sure to follow his Spotify page so you don’t miss any updates from the artist!

We’ve got a new single from a rapper we just discovered, and it’s a classic.

Let Them Be is one of those songs that you can’t help but sing along to. It has that classic sound that hip-hop fans are always looking for, but it also has some modern touches that will keep you coming back for more.

The artist, SUPER SAIYAN JAY, is based in West Palm Beach, FL and he’s already making waves with his new album. He’s got some serious talent, so we’re excited to see what he does next!

If you’re looking for something to add to your playlist, look no further than this track from one of the rising stars in the indie US rap scene.

We’re here to help you discover the best new Hip-Hop out there by sharing some of the hottest tracks from independent artists. This week, we wanted to highlight a single from UK-based artist Clyde Syde.

The track is called “Im Okay,” and it’s an emo-rap jam that has been gaining some serious traction online. The song is full of trap beats and dreamy vocal melodies that are sure to get stuck in your head. If you’re looking for something new to add to your Spotify playlist, you should definitely check out this one!

The artists mention that his song has a lot of 90s pop influences.

“I’m a 90s kid so my music takes reference and inspiration from the punk-pop era whilst blending genres with today’s modern alternative music. My music sounds as if Blink182 became best friends with Juice WRLD, Post Malone and kid Laroi.”

If you like what you hear, be sure to follow the artist on Spotify and keep an eye out for more tracks in the future!

Contemplating by Doug Beverly is a great way to start your day. The song has a smooth beat, and Doug’s vocals are hypnotic. It’s like he’s singing to you on the subway, and you can’t help but get lost in his voice.

The track starts out with an upbeat piano melody that sets the tone for the rest of the song. Then, we hear some background beats coming through—it feels like you’re sitting at home, listening to music on your laptop and dreaming to be in another dimension. The song’s effects are very spatial.

But then there’s something else: an airy rhythm that reminds me of being underwater. I think this might be from his autotune effect? It’s hard to tell because it sounds so natural in context.

Overall, this is a really chill song that will definitely get stuck in your head! Follow the artist on Spotify to support his art.

5) BOXOUT – All Good No Worries

If you like rap, you’re going to appreciate BOXOUT‘s new album, “All Good No Worries.”

It’s got all the best elements of rap and hip-hop: Lofi beats, autotune, male vocals, trap vibes… and incredibly, it starts with Bossa Nova, a Brazilian acoustic genre mixed with hip-hop on the track called I Can Do It All. It’s got it all!

If you are an independent artist, please listen to this track, I totally agree with him!

The artist’s work is very closely connected to enhancing confidence through positive lyrics. Genius…That’s exactly what the world needs.

“All Good No Worries is a collection of songs that is anything but one-note. Some of the songs like “I Can Do It All” and “I Know It” is heart-pumping, confidence-boosting anthems.”

BOXOUT is based in the United States, Chicago, and you can follow him on Spotify for more tunes like this one.

I’ve been listening to More Than I See by SRE, and it’s the perfect soundtrack for a long drive on a sunny day. The EP is full of songs that blend R&B, hip-hop and rap together to create an alternative sound that feels fresh and new.

I like the beat of this song called Reload because it is a little different from what you hear on the radio these days. It is more chill and relaxing and makes me feel good about myself. It has a great tempo but is not too fast so you can just sit back and enjoy yourself while listening to this song.

If you love listening to music while chilling out or studying (or both), then this song will be perfect for you!

Please follow the artist on Spotify and give your support.

Hip-Hop has never been a genre to shies away from hard truths. With a proud history of exploring the social and political issues of the day, it’s no wonder that artists like GRABBZ are getting so much attention.

This Toronto-based artist has been making waves in the independent Hip-Hop scene with his latest single Nasty, which has more than 100 thousand plays on Spotify already. The song is an ode to gang life or makes reference to the dangers that come with it.

It has everything: a catchy beat, nice lyrics, and a rapper who knows how to put on a show while he’s performing. If you can find any indie hip-hop beats that sound just as good as this one does, let me know, I’m gonna include them in our playlist!

Follow the artist on Spotify and show him your support.

I’m always on the lookout for new, independent artists to follow on Spotify. The latest addition to my playlist is Trevour Amunga, an artist based in Los Angeles who raps over some seriously trap beats.

The EP Vespa has just been released and it’s full of fresh, new sounds that will get you moving. The song “Body Memory” is a perfect example; this track has a super catchy chorus and besides being slow tempo, it’s impossible not to want to dance along with it. The female backing vocals are spot on!

If you’re looking for some new hip-hop songs to add to your playlist, I highly recommend checking out Trevour Amunga’s Vespa EP. Follow the artist on Spotify.

King Uche has returned to the game with a new single called Motivate. It’s got a lot of what you love about his previous work, but there’s also some new stuff that you’re going to have to hear for yourself.

The rapper is based in Miami, FL and his music can be described as hip-hop and rap with a touch of the trap. He has been releasing music on Spotify since 2021 and there’s more to come.

His latest release “Motivate” is an anthem that will get you pumped up for whatever you’re doing on any given day! The title related to motivation is not by chance.

“The central message is that; wherever you are in your life, wherever your hurt and pain comes from; whether it’s from fighting poverty, fighting pandemics, or fighting social injustices, it can not define you. As long as you stay strong and MOTIVATED to win you can never lose!”

If you like what you hear, be sure to follow King Uche on Spotify so that you never miss another release.

DT. is an independent artist from Detroit, and his latest album, Only A Matter Of Time, is a collection of gangsta style rap and grime with a little bit of hip-hop mixed in.

The album is full of tracks to keep you moving and is good for workouts too, whether you’re at work or just looking for something to listen to while you’re driving, check it out.

DT’s voice is deep and gravelly and sounds like it could really hold its own in a club setting. It’s definitely got that grime vibe that has been so popular lately, but there are also some melody lines that will make you want to get up on your feet and dance.

We’ve added this album to our Spotify playlist—you should check it out! I really enjoyed this album and will be waiting for more. Follow the artist on Spotify.