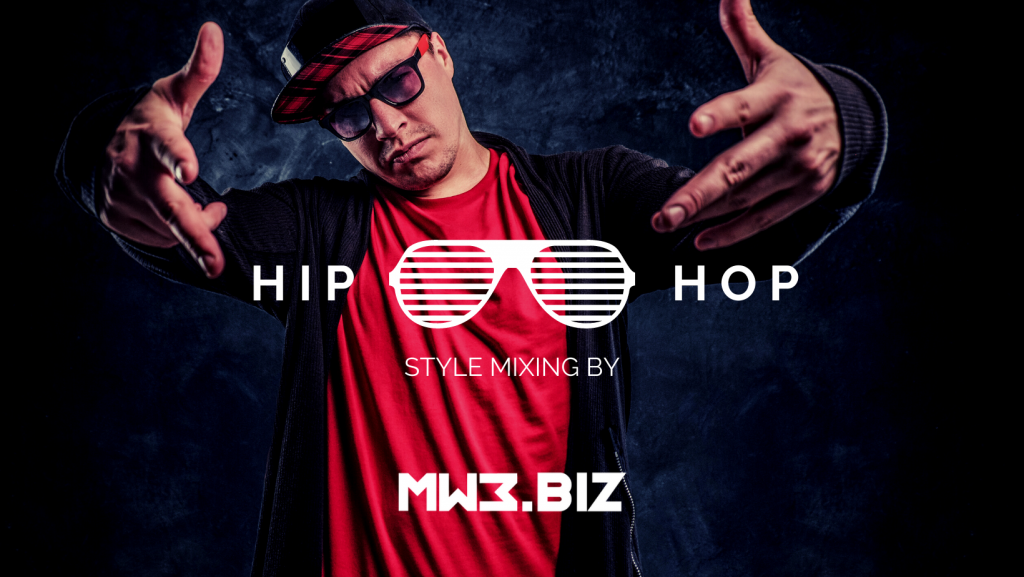 This year has been a great year for music so far. If you haven’t gotten the chance to listen to some of these new artists, you should give them a chance.

They are all very interesting in their own way and each has something unique to offer.

We at MW3.biz International made a surprising selection of HIP-HOP songs. All of which are the result of hard work, so make sure you listen to the songs and follow the artists on Spotify to help them grow.

You can listen to the artists below individually, or click the button to check out our complete playlist Hip Hop Style Mixing by RapStar.News.

As a hip-hop fan, I always get excited when I hear about new artists coming out of the US. There are so many talented rappers out there, and it’s awesome to see more and more of them getting recognition.

That’s why I was excited to check out ML F3LLS‘ new release, Thoughts Of The Lost Youth: The Rebirth (act 1), which is an EP with 3 songs. I really enjoyed Way Up (What U Need) on this track. It’s got a great beat and some excellent rapping from ML F3LLS himself.

The whole song blends styles together seamlessly—it’s got some hip-hop elements but also some rock elements are thrown in, which makes for a very unique sound that you won’t find anywhere else!

So if you’re looking for something new, with nice vocals, and different from what’s already out there in the world of hip-hop/rap/rock fusion music? This album is for you!

Yung Papi Bonito is definitely an artist to watch! This Canadian rapper hasn’t been in the game long, but he’s already made waves with his first single. One of them is titled New Kid On The Block and it’s got a lot going for it.

The track is a great example of mixing styles. It’s a chillwave track with jazzy undertones, but it also has a little bit of boom-bap and hip-hop mixed in. The rapper’s vocals have a classic sound that makes it feel as if you’re listening to an anthem for an indie film about growing up in Canada. The beat is chill but upbeat at the same time, which makes it easy to listen to over and over again.

One of the best things about being an independent musician is that you get to do whatever you want. What I like is exactly the freedom artists are achieving. As Young Papi Bonito, you can mix styles, or make a song that sounds classic and anthemic, and it works well. Follow the artist below.

Dear Alcohol is the latest release from Dax, an independent hip-hop artist from the US. The song is a trap beat that blends rap and pop with a slight emo vibe, and it’s about a guy who’s stuck in a bad relationship.

The instrumentation on this track is simple but effective—a trap beat that has been mixed to sound like it’s being played on an acoustic guitar. Dax’s voice is clean and clear, with just enough autotune to give his rapping a bit of colour without sounding overproduced or fake.

He switches between singing and rapping throughout the song, which helps keep it interesting and adds variety to the listening experience.

Dax says “no one takes care of me”, so let him know you listen to his music and follow the artist.

DannyP is a rapper from the US who’s making some noise in the hip-hop scene.

His new song, “Reborn,” is a mix of trap and hip-hop styles—the beat is hard, but it’s got some really catchy melodies and rhythms that keep you listening. The track features a lot of repetition, but he also mixes things up by adding a few elements (like “You gotta move”) that pop in and out of the song to keep things interesting.

The lyrics are about his journey through life, from being born all the way up to where he is now—they’re honest and reflective without being boring or repetitive.

The mixing style on this song is pretty good; it sounds like they used a lot of reverbs and delays on the vocals which help them blend seamlessly into the music instead of fighting against it. It’s also got a nice low end that gives it some extra punch without getting too muddy. Follow the artist on Spotify.

I’m a huge fan of Hip-Hop, and I love to find new artists with unique styles. I recently discovered DOC BREEZUS, an up-and-coming rapper from the US who has been making me feel intrigued with his new track “FTD”. This song is just short and I can define it as intriguing, in a good way, but the EP with all 3 songs is fire!

The beat is hard and it feels like it’s right in your face. It’s definitely a Trap beat, but with an emo twist. The Autotune on this song adds a lot to the emotion of the lyrics. DOC BREEZUS’s voice really shines through on this track, which makes me curious for more from him in the future.

This track is definitely one to check out and follow the artist on Spotify!

As an artist, CUSH WALLACE is a force to be reckoned with. His new release, “Types Of Ways,” is a testament to his versatility and creativity. The track blends multiple genres—rap, R&B, hip-hop, rap trap—to create something that feels fresh and new.

The beat on this song has a contemporary feel to it, but it’s also reminiscent of early 2000s rap music. The lyrics are very thoughtful and introspective.

The track has been described as emo-rap by some critics, but we think it’s more like what you’d hear from someone like The Weekend or Frank Ocean.

CUSH WALLACE grew up listening to artists like Eminem and Kanye West; he says that these influences helped shape him into the rapper he is today.

KoviNo is a rapper who has been gaining traction with his new release, Check. The track combines the styles of Trap, EMO, and Hip-Hop to create a unique sound that is sure to catch listeners’ attention.

The song is a great combination of different styles. The vocals are nice, and the beat is fun to dance to. The song has been playing in my car for a few days now, and I can tell you that it’s not solely rap but a song performed in an unusual manner, based on the lyrics.

Overall, I’m impressed with KOVINO’s ability to mix styles like this without making it sound disjointed or off-kilter at all—it’s clear he knows how to use each style to its best advantage.

I’ve been listening to the new Breon S.Y.N.D.E.L‘s release for some time, and I loved his style. This new track has the same feel as his past work, but there’s something about this song that really stands out to me.

The beat is super catchy and upbeat, but it still manages to keep that dark twist that I love from this artist’s music.

The rapper’s flow is amazing on this track—he sounds like he’s feeling the words while he’s rapping, which makes me enjoy listening to him even more than usual!

I think you’ll love this if you’re into rap/hip-hop tracks with an emo or drill vibe to them—it’s super catchy, so you’ll probably have it stuck in your head after just one listen!

“Paradise” is a super-catchy, super-bass track that will have you dancing all night. The beat is so hot, and the vocals are dripping with swagger—you’ll be nodding your head and grooving in no time. This song is perfect for a party or just getting ready to go out.

I love how it’s got some hip-hop elements but also feels like it could fit in a trap playlist. It’s got a bit of an edge to it that really makes it stand out in my mind.

This is the kind of music that gives me chills, and I’m so glad I found it!

I Eat Plants is the latest release from rapper IZOKI, and it’s a hit. It’s got a catchy beat, lots of bass and synth drums, and a funny music video that will keep you laughing for some time.

But what really makes this record stand out is its comedy. IZOKI is an independent artist who can’t help but poke fun at himself and our culture—and he does it in a way that’s so easy to listen to. It’s like listening to your favourite comedian!

The track itself is repetitive (in a good way), so it’s easy to listen to over and over again without getting bored. The EDM features are super edgy, too—if you’re looking for something new and exciting this summer, look no further than I Eat Plants.