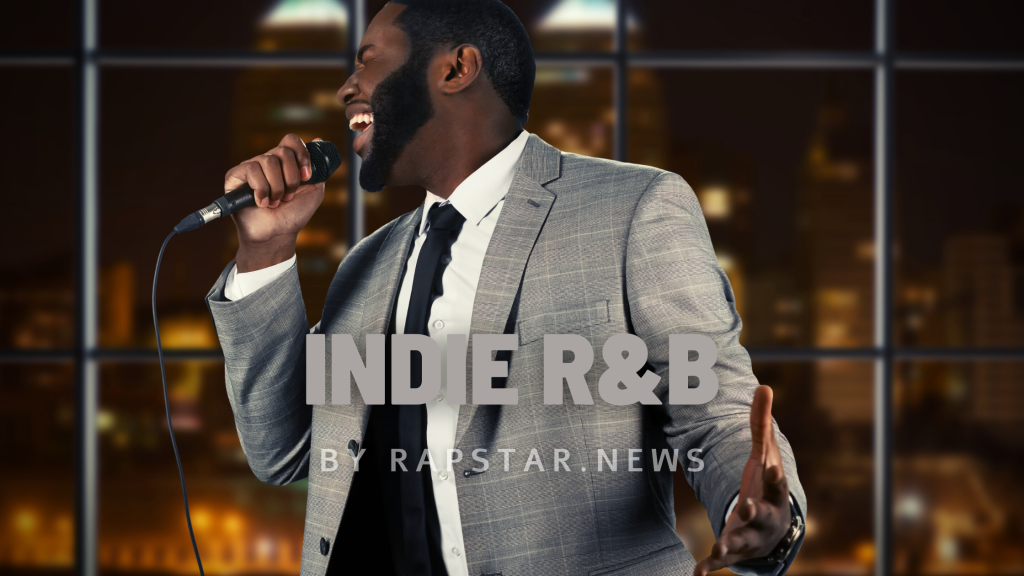 R&B, or “Rhythm and Blues”, has never sounded better than the way it sounds right now. If you’re looking for new music to add to your playlist, here are 10 artists who I think you’ll love.

Gone are the days of Vanilla Ice and MC Hammer. Indie R&B Music was the new wave in music in the past few years until music listeners turned to electronic dance music. Independent artists or indie artists, cause a wave when they release their new songs.

They do it on their own label without big record companies signing them. Indie R&B Music has grown massively in that previous decade and it’s not slowing down anytime soon.

It used to be that you either listened to Rhianna or Alicia Keys in the early 2000s. Big budget music videos, catchy songs and pop appeal dominated the scene. But as time went by another type of singer started to rise from the underground and dominate the music scene.

Artists like Frank Ocean and The Weeknd grew fans with their unique style and sound. Their song topics weren’t about love, but rather their experiences in life, drugs, sex and money. Their voices were deep, lacked Autotune and didn’t have big budgets behind them.

We still have artists like Beyonce releasing albums that grab the attention of the entire world, and it’s well deserved. Let’s now turn our attention to those who need your special attention. We can’t say for sure that music like this is going to change the world, but it very well may.

This style of music fits into a niche category that many people, especially millennial audiences, are gravitating towards. The artists here aren’t superstars yet, but that doesn’t mean they won’t ever be. These songs are great, and we suggest you check them out if you have a chance.

You can listen to our full playlist now, or know more about each artist individually by scrolling down the page.

If you’re a fan of the indie R&B sound, then you have to check out this new single from 5IVE GUYS FC.

The band is based in North London, and they make music that’s perfect for R&B and pop lovers. Their new single, “Check The Score,” is an alternative pop track with some seriously hip hop vibes—it’s got a mellow beat that’ll make you want to dance around your room and sing along at the top of your lungs.

It’s easy to tell that the singer has a great voice: he’s got a smooth flow that’s perfect for this kind of music, and his voice is on point throughout the whole song.

He keeps things interesting by alternating between different pitches and styles throughout the track, feel like there are multiple singers contributing vocals instead of just one guy singing all the lines.

If you love indie R&B music and want to see what else is out there, definitely check out this new track from 5IVE GUYS FC and follow the band on Spotify!

If you’re looking for some new music to add to your playlists, check out this indie R&B singer from Oak Cliff, Texas.

Her name is L.A THE LOST ANGEL and she just released a single called Do Me that is super catchy and has a little bit of everything: alternative pop, indie R&B, hip-hop and a rap vibe.

The song beat is amazing. The song starts out with only keyboards, then a strong drum beat and then transitions into an addictive chorus that’ll be stuck in your head all day.

Her voice is smooth and sultry—she reminds me of another favorite of mine, SZA (another great independent artist). If you’re into female vocals with a hint of soul and hip-hop beats mixed in with some rap verses, this song is for you! Listen to it on Spotify and follow the artist.

There’s a new artist on the indie R&B music scene, and he’s definitely worth checking out.

Jordan Jones is a Canadian singer from Edmonton. He’s been gaining momentum since 2020 when he started releasing music on Spotify, and has just released his third single, “Flawless” — a dreamy track with classic sounds and soothing vocals.

If you’re looking for some new music to listen to while you chill out on your couch or go for a long walk, this is the perfect song for you. It’s got that classic R&B sound that we’ve all come to love, but it’s also got some modern twists that make it feel fresh—and it’ll get stuck in your head for days!

If you love indie R&B like we do, then be sure to check out Jordan Jones’ other songs when they’re released previously, and follow the artist on Spotify!

If you’re a fan of art-pop and want to hear it mixed with indie R&B, then we have some great news for you. We just discovered a new singer from Fort Lauderdale, FL. Her name is SDAR LOTUS, and she is releasing her 8th single called Transcendental on Spotify.

The song has an alternative feel to it, but it’s not too heavy on the bass or percussion. It’s more of an art-pop vibe than anything else—think of relaxing music that would be perfect for your meditation time. That’s it!

This song is an alternative chillout track with ethereal vocals and a pacifying vibe. It is dreamy, with special effects that justify the title Transcendental.

If you like this song, check out the rest of SDAR LOTUS’s music on Spotify and follow the artist to support her art!

If you’re a fan of R&B and duos, then you’ll probably be interested in this up-and-coming artist. His name is CRIS CAP, and he is based in Germany (Duesseldorf). His latest single, “Like a Rose” (Acoustic Version), is just what you need to put a spring in your step.

The song starts out with very beautiful female vocals by Tyla Raé, and a simple piano melody that builds into an easy-listening beat. The first verse has meaningful lyrics “Your love is like a rose!”—just vocals—but the second verse brings in some harmonies that add depth to the track.

Cap’s voice is also remarkable. The chorus is catchy and easy to sing along with, but it still feels like listening to something new and exciting.

“Like a Rose” is great for anyone who loves indie R&B music or neo-soul. If you’re looking for something new and different to listen to while driving or for a special moment, this song will be sure to make your day brighter!

Support the due by following them on Spotify.

If you love Indie R&B with a romantic touch and are looking for some new artists to check out, RACHEL BROWN might be the perfect fit for your listening preferences.

The singer is based in Fort Lauderdale, Florida, and recently released an album called Love, Life & Relationships. The album is a mix of alternative R&B, neo-soul and contemporary music with a funky vibe that’s easy to listen to on repeat.

Attention to the song “Learn To Love Me”, what an amazing song, with nice lyrics and her voice, is outstanding. Wow!

If you’re looking for something new to add to your playlist and support indie artists at the same time, this album is worth checking out. Follow the artist on Spotify.

If you’re looking for a good indie R&B artist to listen to, we’ve got a great suggestion for you: DORIAN.

His latest single is called Reign Love, and it’s all about that sweet kind of love that makes your heart melt. If you’re in the mood for something relaxing, this song will do the trick!

DORIAN is based in Baltimore, MD, and has been making music and releasing on Spotify since 2019. He is described by producers of PopHits.Co as an “Easy Listening/Contemporary Pop Artist” with “a touch of Emotional R&B.”

We can see his influences include the same song style as Michael Jackson or The Weekend—so if you love those guys too (or if you just want some new tunes on your playlist), check out Dorian today on Spotify and watch his music video!

If you’re a fan of indie R&B, you are going to love this new single by Chicago-based singer CEYEO.

The song is called “Trying,” and it’s being released by an independent label. The track combines elements of alternative, art pop, and makes us feel it’s like Eurovision style of music.

We mentioned these features to describe an innovative music style, which is mixed with R&B and electronic music, and to make it even better, you will hear the nice vibe that this combination makes with those amazing female vocals.

It’s an incredibly catchy tune that you’ll want to listen to over and over again! You can check out the song on Spotify and don’t forget to follow the artist.

If you’re into indie R&B and female vocals, then JOSY B is an artist you need to add to your playlist.

The singer recently released a new single called BTW (which stands for “By The Way”), and it’s the perfect soundtrack for a night out with your friends.

The song is fun, upbeat, and easy to sing along with—but it also has a classic sound that will make you feel like you’re sitting on a beach somewhere in California with a drink in one hand and all of your best friends around you. Mariah Carey released some songs with some similarities, and we just love it.

JOSY B’s style is unique; she combines elements of pop, alternative rock, indie R&B and easy listening into one cohesive sound that will keep you coming back for more.

Check out BTW below and follow the artist on Spotify!

If you’re a fan of indie R&B and afro-beat, then you’re going to love this new release from TOCHI. The Nigerian singer-songwriter has just released her latest single, “Play Me,” and we can’t stop listening to it!

The song starts off with an intro that’s reminiscent of Latin music before launching into a catchy dance afro beat that will have you bopping around your kitchen in no time.

It builds gradually to an emotional chorus that has us swooning over its beautiful lyrics. This single was released just a month ago, and it’s already getting tons of attention on Spotify!

We think you should check it out—and follow her on Spotify while you’re at it!