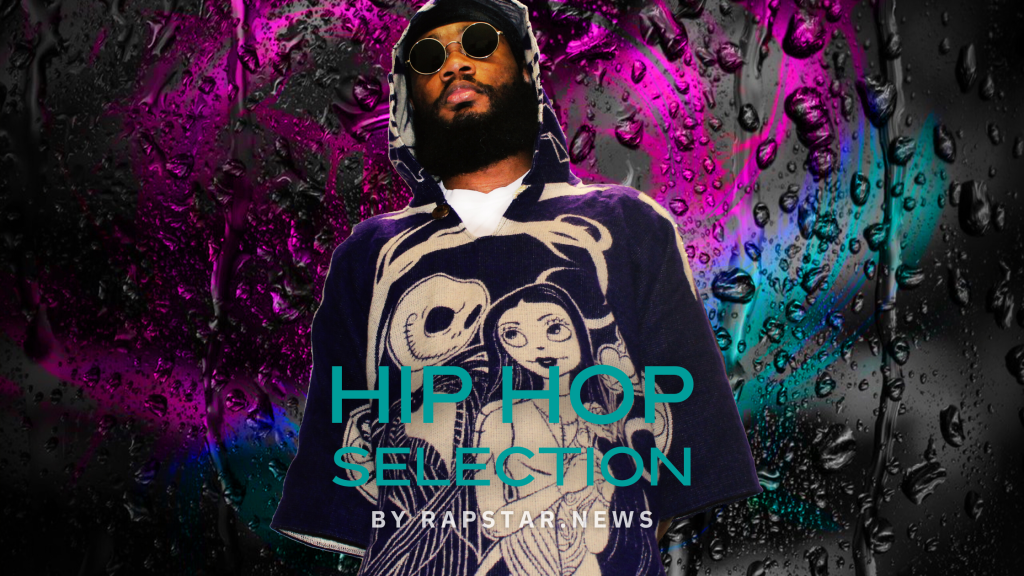 Do you know amazing indie hip-hop artists you’d like to share with the world? Then this article is for you.

This article lists and reviews some of the finest indie hip-hop music to be found on the Internet. It’s all a matter of taste, and I know all my readers have it.

These artists are not mainstream — that’s why some of you haven’t heard about them. But, for those who do listen to indie hip-hop, this is absolutely remarkable stuff. In case you missed it, there’s a musical revolution happening in the indie hip-hop world—and it’s worth checking out.

It’s no surprise that many of these artists are independent—they’re breaking down barriers between themselves and their fans by keeping their costs low and using social media channels like YouTube, and music news portals as platforms for their music.

So if you’re looking to update your playlist with some fresh tunes that aren’t just another version of Drake’s latest hit (although we love him too), check out these indie hip-hop artists from around the world who are making waves with their soothing sounds.

You can listen to our full playlist which contains the artists’ music, and know more about the artists by scrolling down the page.

Sounds Nicer When Nasty by DJ NASTY P. is a remix album of many classic and hip-hop hits.

DJ NASTY P. is a Scottish-based Hip-Hop artist who released this album on Bandcamp. The album consists of a variety of genres such as trap and boom bap. The project has been out for a month and has grabbed the attention of the rapper’s community.

The album has all the classic hip-hop feeling that you know and love, but with an old-school twist. The beats are boom bap and have excellent drums and bass base to them.

The DJ proved he can transform everything in Hip-Hop. All in all, Sounds Nicer When Nasty is a great project if you want to experience some classic hits and hip-hop remixed with new styles for your listening.

We just loved it and recommend you to check out the whole album. Also, follow the artist on Bandcamp!

SMOKINGSFORCOOLPEOPLE‘s Damian is a great album for anyone looking for alternative hip-hop. The album features an 80s vibe but features modern elements such as EDM effects and autotune, resulting in very commercial hip-hop with groove and UK rap influences.

As mentioned the album has an art pop feel with 80’s vibes and is not just a collection of songs but an experience that will take you on a journey through the artist’s mind.

If you are a fan of alternative hip-hop or if you just want to check out something new, then this album should be at the top of your list! Check out and follow the artist on Spotify.

If you’re looking for a new artist to fall in love with, CHUCKT is a great place to start. Their latest single, “Love & Attention,” is a love song that will make you want to dance.

The song is perfect for fans of commercial hip-hop and afrobeat. It has an upbeat tempo and strong male vocals. The chorus is catchy, but it doesn’t feel repetitive—the verses are just as engaging as the chorus. In fact, this song feels like it could easily become a hit if it were played on the radio!

If you’re into dancehall, trap or US rap influences (like Lil Peep or Lil Pump), this track may be right up your alley. It’s got enough commercial appeal to attract fans of pop music, but there’s also enough grit in its production to appeal to listeners who might not be interested in mainstream pop music.

This one’s definitely worth checking out! Support the artists and follow them on Spotify.

The EP THY B3ST UNNOTICED is a strong, cohesive take on hip-hop that’s both authentic and catchy.

The artist OSO B3ST is based in Vallejo, California, and he connects with the listener through his strong trap influences. His rapping is fast, but he also knows when to slow down and let his voice linger. The EP has five songs with varying tempos, from “Came Up” to “Hitlist”.

We can say that the five songs are all unique in their own way but also feel like they belong together as part of a whole: they’re each catchy and have their own vibe while still fitting into what feels like a cohesive whole, which is exactly the purpose of the EP format project.

If you’re into rap, trap vibes or hip-hop generally, do yourself a favour and check this EP out! Check it out and follow the artist on Spotify.

Keep It Direct is a stellar introduction to the West Palm Beach-based rapper SUPER SAIYAN JAY.

The track itself is an incredible blend of all the best elements of US rap, from the catchy hooks and energetic delivery to the lyricism and flow. While it’s hard to pinpoint exactly where he draws his influences from, there are hints of Eminem in his flow and delivery, but also moments when he sounds like a modern-day trap star, something commercial hip-hop.

However, it’s clear that SUPER SAIYAN JAY is carving out his own lane by adding some emo-style rapping over the top of it all. The result is a track that’s both catchy and emotional—a perfect combination for any talented rapper looking to make their mark on the hip-hop scene.

DREAD DAZE is an artist who burst onto the scene with his single “Feelin Fine”. The track has received a lot of praise from fans and critics alike. The song is a classic reggae sound with hip-hop influences that is sure to get you grooving.

While it’s easy to be attracted to his music simply because of his voice, which sounds like he’s familiar with radio songs, there’s more to this song than melody. The lyrics are smart, funny and relatable.

DREAD DAZE is based in Los Angeles and has already released two tracks, which we recommend you try out.

If you’re looking for some new reggae fused with hip-hop music to add to your playlist then check out DREAD DAZE, and follow the artist on Spotify!

GXBRIEL is a dark-pop artist based in Arlington, Virginia. Their style is reminiscent of rap music but with a heavy dance beat and experimental elements.

The single “Too Pretty” has hip-hop fused experimental sound that is paired with pop-rap beats. The song starts out slow and builds up to a danceable beat, making it perfect for those who love to dance.

The lyrics are very fun and from the beginning, It’s joined by a rap verse that highlights GXBRIEL’s talent for wordplay, before building into a danceable chorus with a hook that will have you singing along in no time.

If you like what you hear, check out GXBRIEL on Spotify and follow them on social media!

If you’re into hip-hop and pop-rap music, you need to check out Steven Malcolm‘s newest single. It’s called “Summertime” and it features an anthemic sound with some serious beats that will take your breath away.

Firstly, I just wanted to clarify that this track has been played over 1.3 million times on Spotify alone so far. As for the other songs, they have already been played 2, 3, 4, 5 and 6 million times individually. In order to understand this artist, you have to know that he is a phenomenon of hip-hop with half a million monthly listeners on Spotify.

The track Summertime was released by the artist based in Michigan himself and features a unique blend of rap, pop, and trap vibes that will get you moving! The song is full of smooth male vocals that are sure to please your ears as well as catchy beats that will have you singing along in no time.

It’s definitely worth a listen if you’re a fan of artists like Eminem or Post Malone—you’ll fall in love with this one as soon as you hear it! Check it out and follow the artist on Spotify.

9) RETROFITTED – To The Moon

If you’re looking for a new sound that’s different from the mainstream, Retrofitted is the group for you. Their EP “To The Moon”, was released in May and it’s full of soothing beats and R&B-inflected vocals that will help you relax after a long day.

As a group, Retrofitted consists of six artists who come from diverse backgrounds and have diverse tastes and styles. It is important to understand that the music produced covers a wide range of genres within the hip-hop community. The EP was directed by Big Carlo with the aim of expressing his perfect vibe that can be enjoyed when relaxing and smoking.

Retrofitted is based in Phoenix, Arizona but reaching the world with its music, which is very well represented in this 6 tracks-EP, especially by “Smokin Drinkin”. If you’re looking for something new to listen to this weekend, check out Retrofitted’s new EP To The Moon on Spotify and follow the group for supporting their great work!

ARROW SANTI is an indie hip-hop artist based in Babylon, NY. His new single, “Lotus Dreams,” shows off his signature drill style and gangsta rap influences. His songs are filled with beats that have been influenced by trap music.

The first time I listened to this track, I was immediately hooked. The beat is very catchy and the lyrics are cleverly written and delivered with conviction by SANTI himself. The hook is also very memorable, so don’t be surprised if you find yourself singing it later on!

If you’re into hip-hop or trap music, I’d definitely recommend checking out this song and following SANTI on Spotify for more music releases!