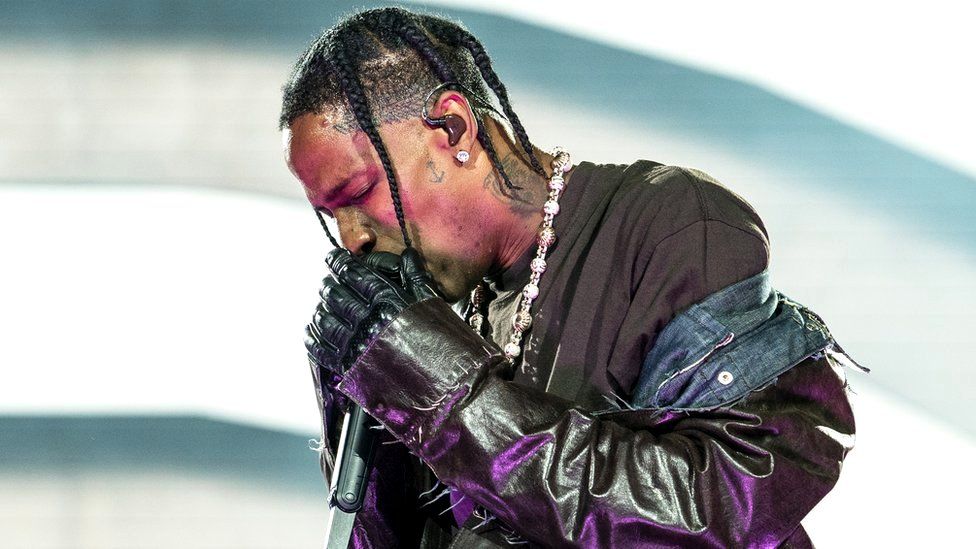 During Rolling Loud Miami, Scott joined Future on two songs and performed a medley of his own tracks.

This weekend’s cameo marked Scott’s first festival appearance since last year’s Astroworld tragedy in Houston, where ten people were killed and many more were injured during his performance.

During Rolling Loud, attendees uploaded videos of Scott and Future performing their collaborative track “Hold That Heat.” Scott then brought a medley of his own tracks “Antidote,” “No Bystanders” and “Goosebumps” to the Miami stage. He paired up with Future again on “March Madness.”

Before Kanye West pulled out of this year’s festival, Scott was approached by festival organizers to perform as a headliner. However, scheduling did not work out. After being hit multiple times by objects thrown from the crowd, Kid Cudi took over Friday night’s headlining slot vacated by Ye; Cudi ended up leaving the stage early.

Check out his performance at Rolling Loud Miami below: